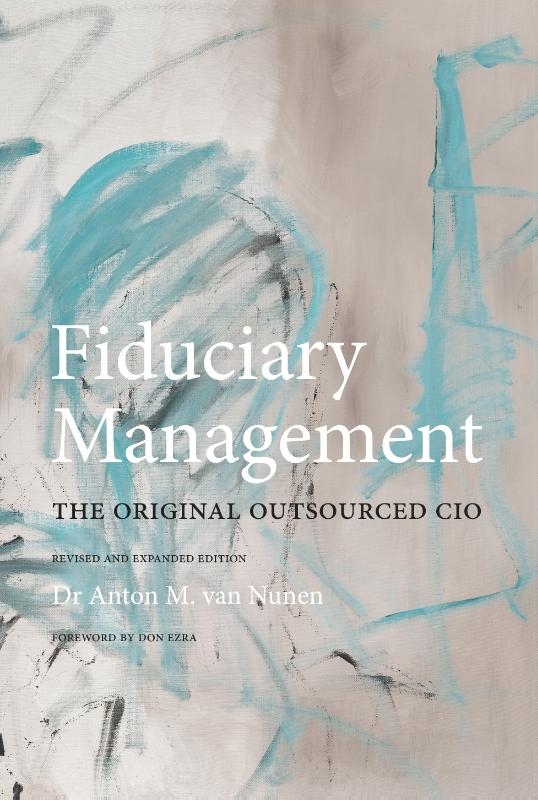 The concept of fiduciary management has turned out to be very successful. This second, revised edition confirms the positive experiences gained in the last fifteen years. The concept is judged in terms of its robustness and of regulatory requirements with respect to governance and responsibility. Moreover, in recent years fiduciary management has been the topic of many conferences, seminars and round tables, of which the most important findings are incorporated in this new edition. The book has been translated into Dutch, German and Japanese. Dr Anton M. van Nunen PhD is an economist and worldwide founder of fiduciary management. For introducing and developing this revolutionary management concept by institutional investors, this `Darwin of the pensions world` has received three prestigious awards: the Pension Personality of the Year Award by European Pensions, the Gold Award for Outstanding Industry Contribution by Investment & Pensions Europe and the Global Pensions Decade of Distinction Award. Jean Frijns: `Fiduciary management is an answer to the increasing complexity of the investment environment. This book shows what professional management is about. Reading the book is a must.` [2007] Aart de Geus: `I know Anton van Nunen as an excellent academic, advisor and author in pension matters. During the time I was Minister of Social Affairs and Employment our paths crossed in several high level events. He was among the first to criticize rightly the rulings for pensions that were not solid in times of great volatility of asset prices. Mr. Van Nunen is a highly estimated interlocutor for our OECD experts on Pensions.` [2011] Gerrit Zalm: `Anton van Nunen is an intelligent person with a deep knowledge of the pension sector and therefore an excellent consultant in the pensions industry. His book has interesting findings on pension fund management. Anton was the first to criticize the approach of the Dutch pension regulatory framework. The OECD took over his ideas and suggested the Dutch regulator should follow them. He is one of the opinion leaders in this industry.` [2011] Con Keating: `The topic of fiduciary management is now at the leading edge of assets and pensions management, which makes this book extremely timely. It manages to distil a wealth of practice and experience into a short and lucid discussion of the topic. A particular pleasure is that it avoids the trap of pages of obscure and usually irrelevant mathematics. For the many now following into this field, this is a `must read`.` [2007] `Anton is one of the few individuals who have had influence upon the pensions scheme in more than one country; this is a considerable achievement in its own right given the technical differences that arise as we cross frontiers. He possesses a unique collection of skills; a balanced concern for both theoretical and practical issues. In a world where there are so many stakeholders, this is a very rare gift.` [2011] Don Ezra: `Dr. van Nunen goes much further than to discuss governance. He discusses all aspects of what should be done in making a defined benefit plan successful and expresses his views forthrightly. His analysis is up-to-date. His ideas are relevant to fiduciaries around the funded world. I hope you find his book as interesting, engaging and useful as I did.` [2007] Amin Rajan: `This book is a must-read for pension trustees and fund managers alike. It brings fresh professionalism to a discipline which has long remained the preserve of a gifted amateur.` [2007] Editor IPE: `Anton van Nunen is much more than a highly respected pension specialist: he is a trendsetter whose innovative fiduciary management model is revolutionising the way pension schemes view their investments and structural organisation. His concept has played a significant part in changing the pensions landscape around the world. With a highly regarded book dedicated to fiduciary management, Van Nunen first hit on the idea as he sought a way to fill the evolutionary gap that opened up when pension schemes clamoured to move from balanced management to segregated accounts. Few individuals epitomize the Dutch centre of excellence better than Dr. Anton van Nunen. He is a tireless advocate of better pension fund management and is universally recognized as the father of fiduciary management. Fiduciary management has challenged pension funds to rethink received wisdom, and consultants to rethink their business models. Dr. Van Nunen is also a tireless advocate of good pension regulation. Here, he has not fought shy of criticizing the Dutch regulator where others have been afraid to speak publicly. IPE values Dr. Van Nunen as an insightful, thoughtful and sometimes provocative contributor. [2011] Bob Litterman: `As is readily apparent from this book, Dr. van Nunen has thought long and hard about fiduciary management and is one of the world`s leading experts. The book does an excellent job explaining how fiduciary management provides a robust framework and clear separation of duties for investment committee members trying to navigate an increasingly complex investment landscape.` [2007]